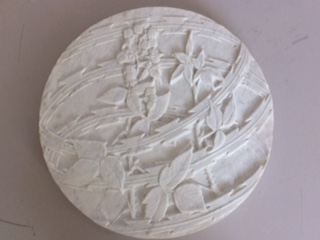 Brothers Neil and Richard Talbot were commissioned to design and carve a relief for RAF Coastal Command and Westminster Abbey and the Royal Mint then invited them to submit designs related to the development of WW1 commemorative coins. It was from this that the idea of bringing together naturally formed barriers, such as thorns, together with man-made forms, began to emerge. This led to the making of several designs for coins and subsequently various carved reliefs. ‘Razor Wire’ was a development of this theme, which also brought in to play the idea of nature reclaiming the world.