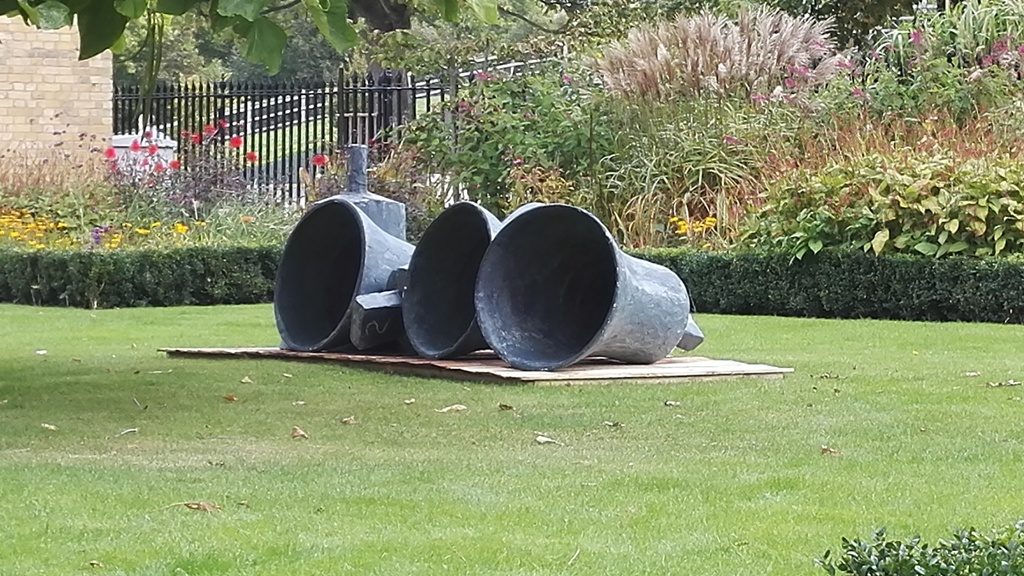 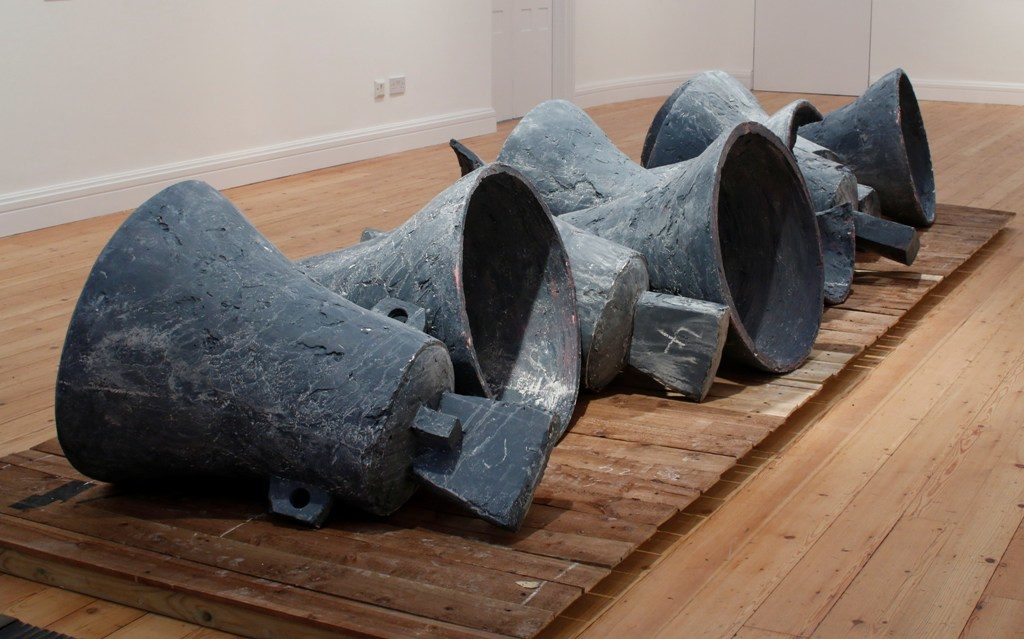 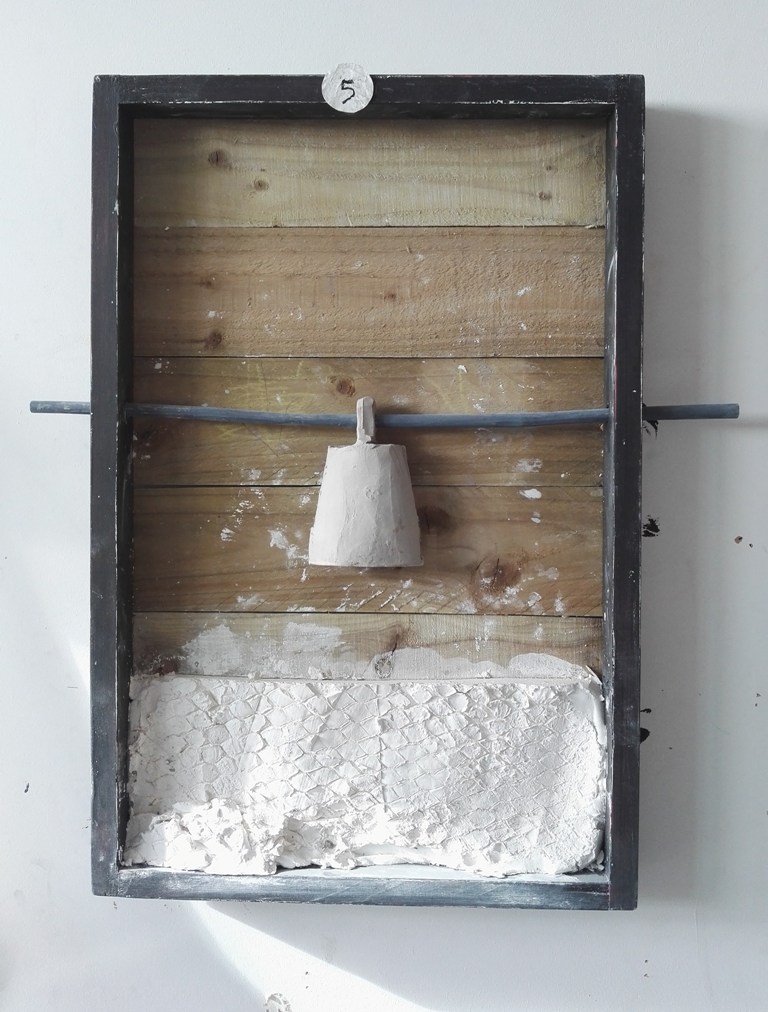 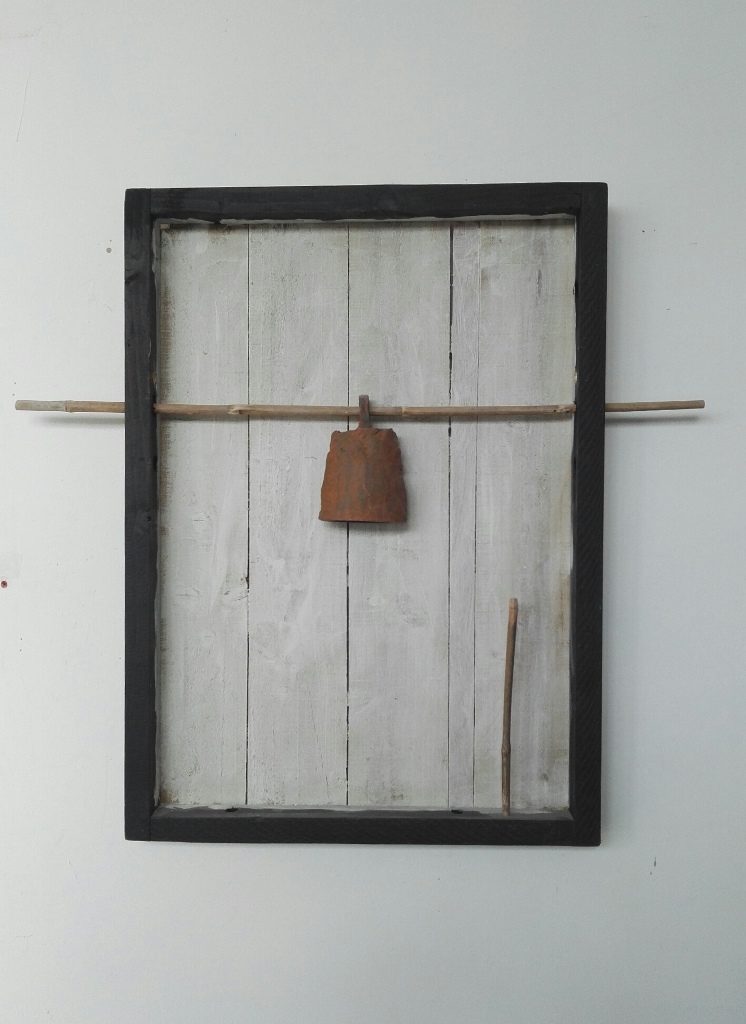 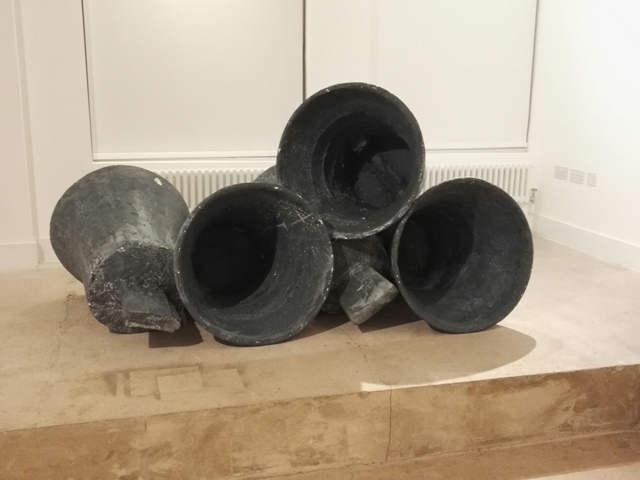 Keith Roberts studied fine art in Newcastle and then at the Royal College of Art in London.  He was awarded a place at the Delfina Studio Trust and in 2005 an Abbey Fellowship to study at the British School at Rome, an intensely rewarding experience that continues to inform his work. It was during this period that he first cut into the surface of the paintings literally opening new possibilities for the work. In 2010 Keith took a course in stone carving at the Portland Stone and Quarry Trust in order to experiment with different ways of making and refresh his practice. In 2012 for the first time a piece of sculpture became the central element in the show Regeneration Bell and Kindred Works. In 2015 a public commission administered by Oriel Wrexham presented the opportunity to further develop the use of a bell as powerful symbol. This led to a prize winning installation at St Nicholas’ Church as part of the Deptford X festival in 2015. The Estorick Collection in 2017 commissioned three new ambitious works for their exhibition War in the Sunshine, their first exhibition after a major refurbishment. Two more shows followed in 2017 both of which were part of the First World War Centenary commemorations, giving opportunity to further develop the themes of silenced voices and mute witness that informs much of his work. A solo exhibition called Tallyman at the start of 2018 was followed in late summer by a show at galeria Carles Tache in Barcelona.