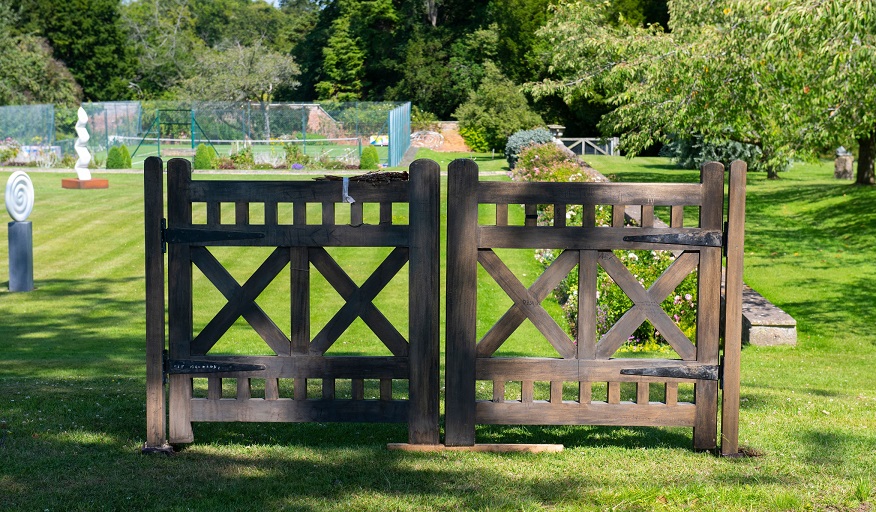 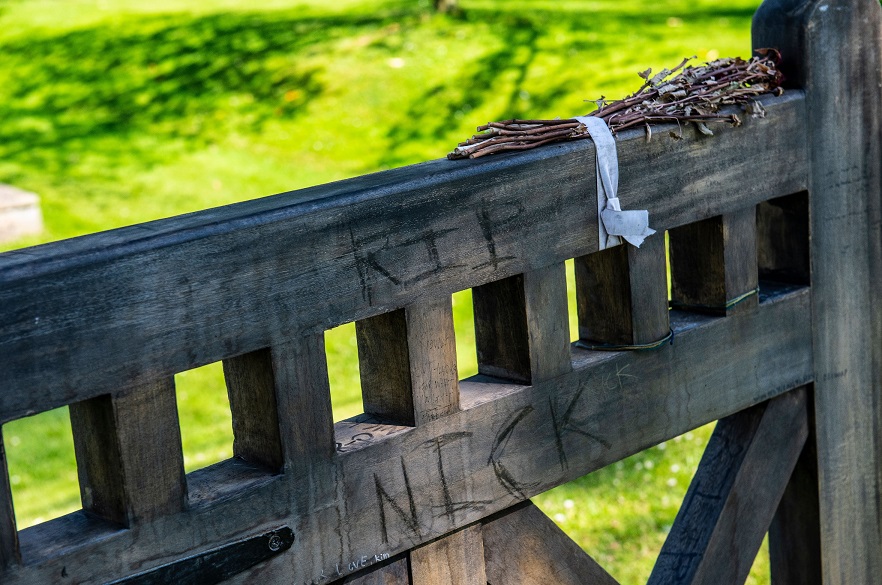 Originally commissioned for Latitude Festival 2011 by Anne Hilde-Neeset and Ben Borthwick ‘Gate’ is a faithful recreation of a graveyard gate found in the Warwickshire village of Tamworth in Arden, site of the final resting place of English singer, songwriter Nick Drake (19 June 1948 – 25 November 1974). Onto the surface of this unassuming and everyday object are drawn and inscribed tributes to the singer left at his graveside and sourced from fan websites. These emotional outpourings elevate the ordinary to one of an emotionally loaded, almost sacred object.

By placing the gate without an accompanying fence into the English landscape, a feature of many of Drake’s songs, heightens its oddness and functionless. From a distance the Gate appears ordinary, blending into the Northumbrian landscape, but on closer viewing the surface of multiple marks and handwriting is revealed.