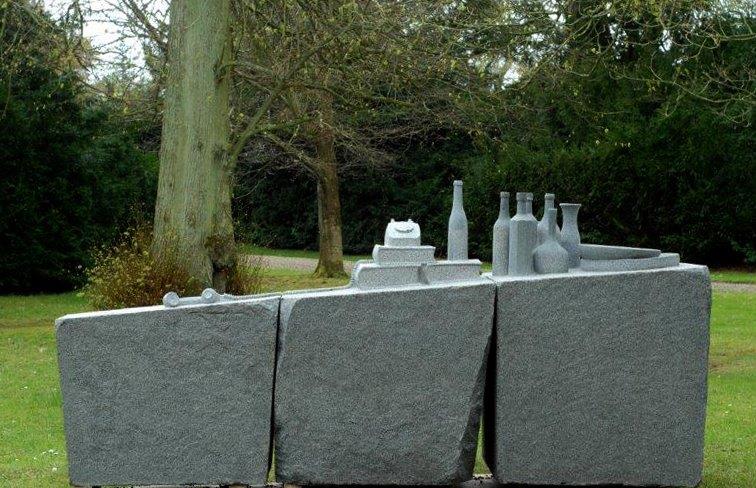 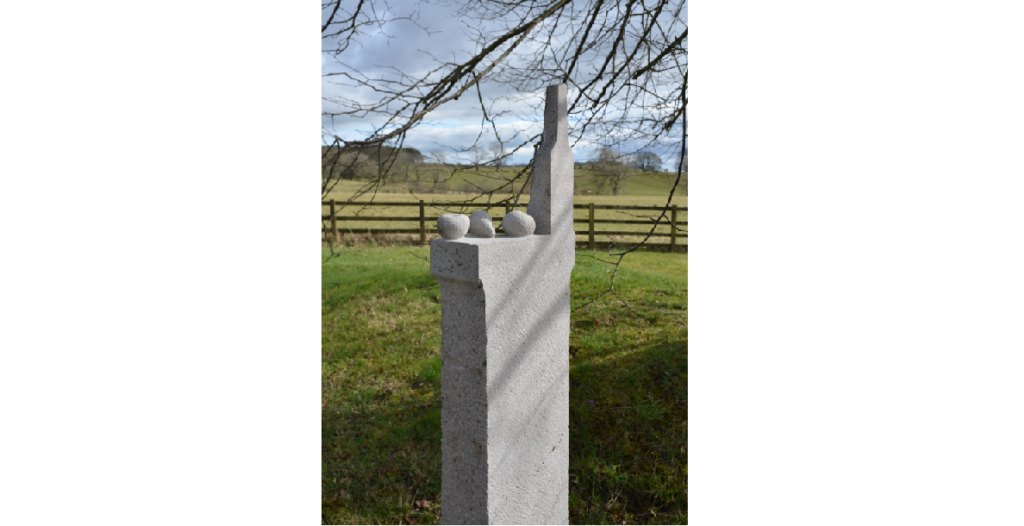 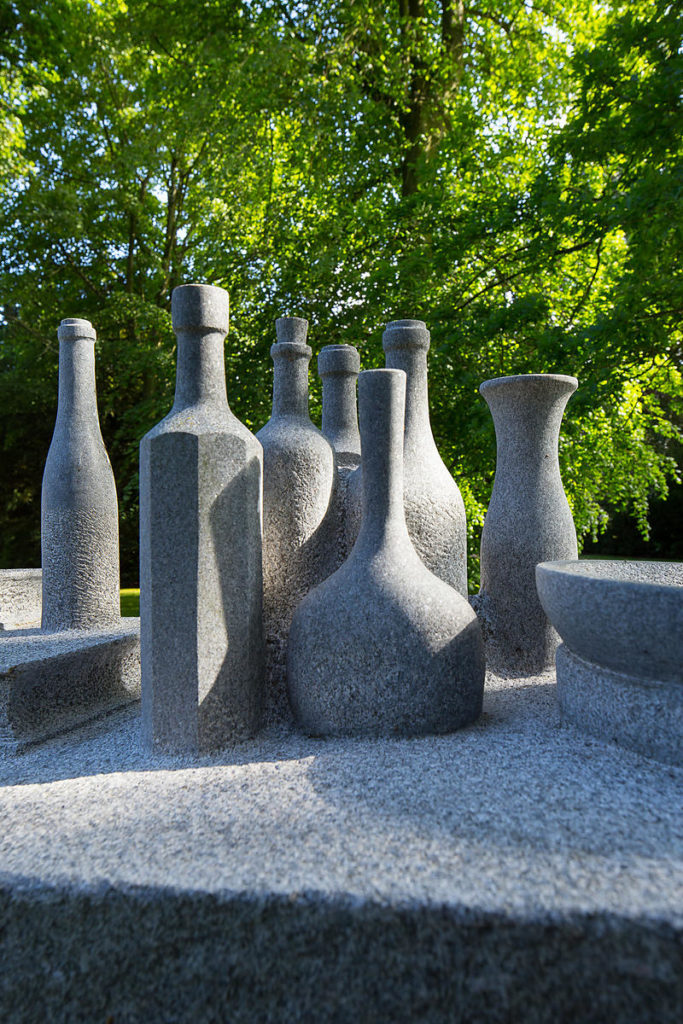 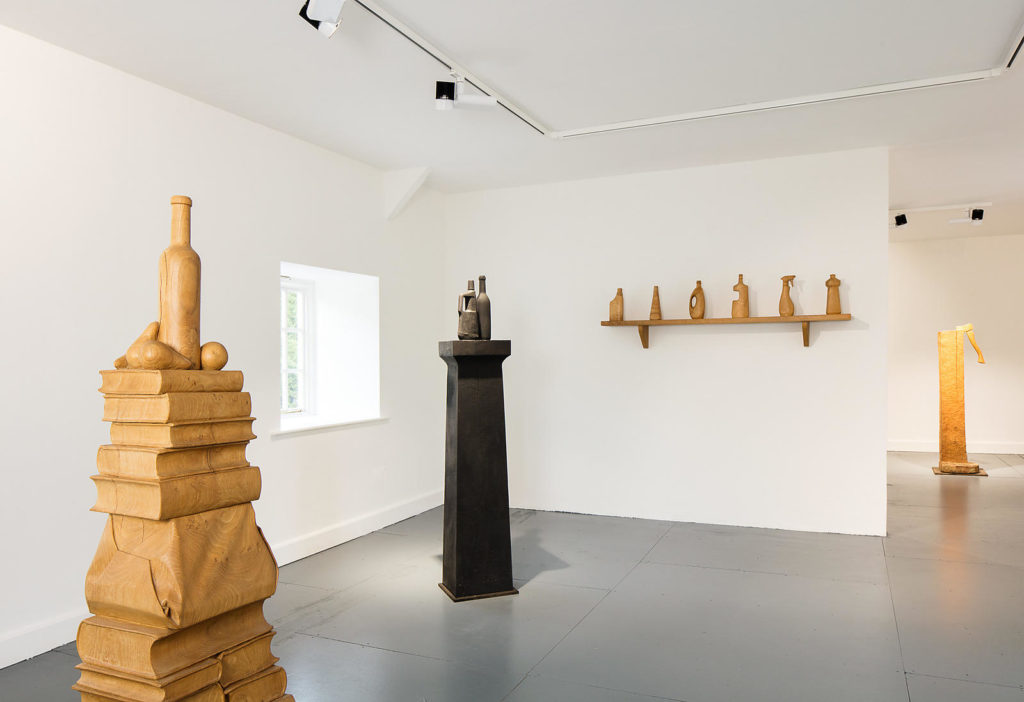 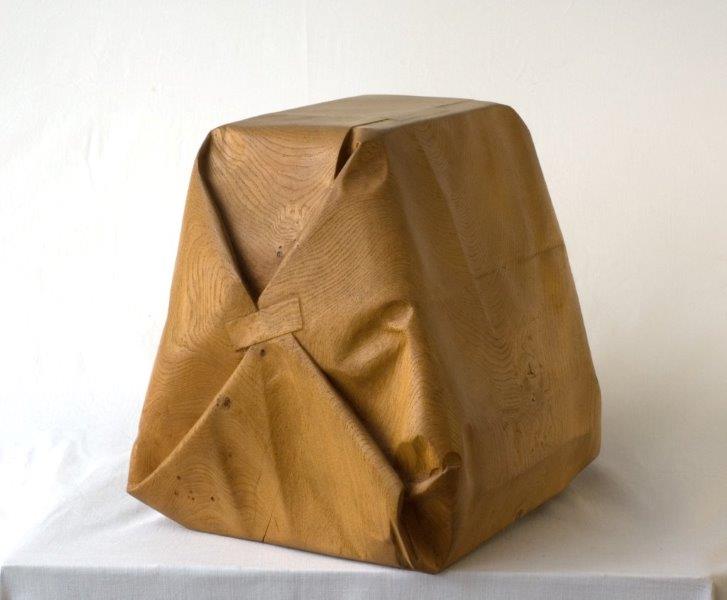 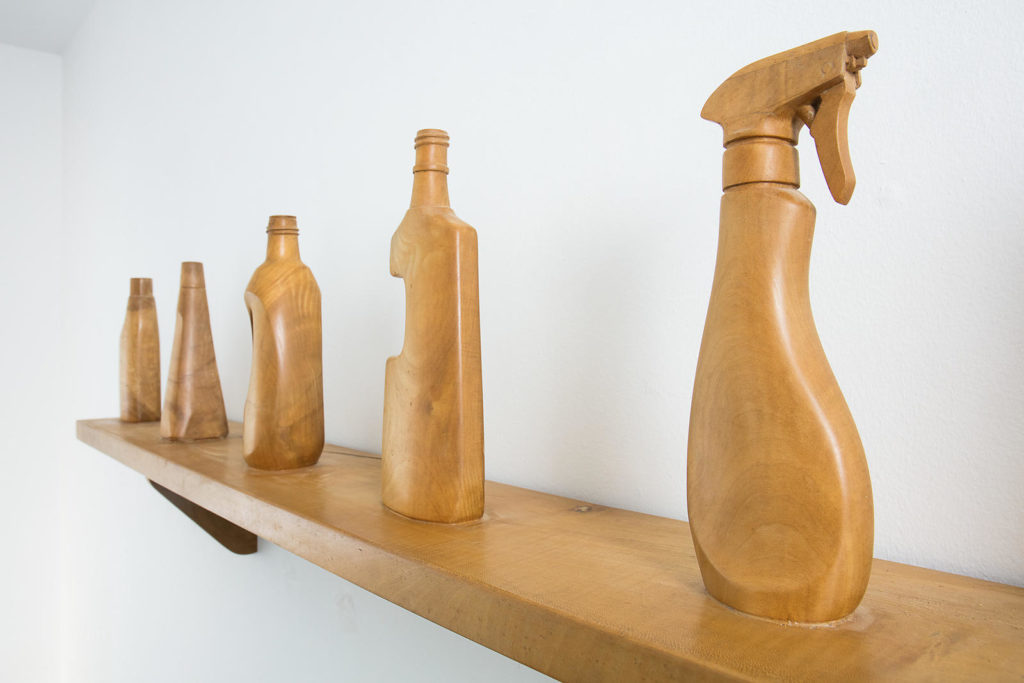 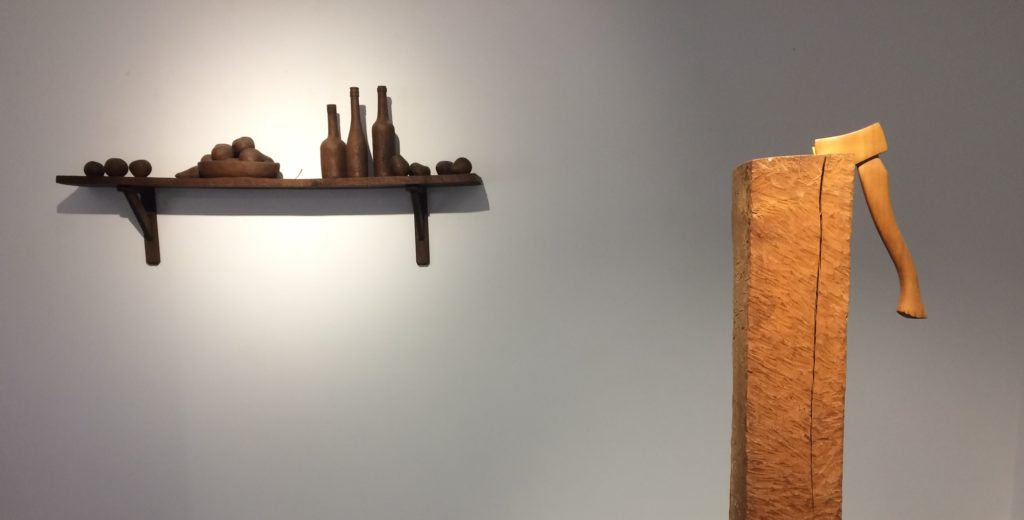 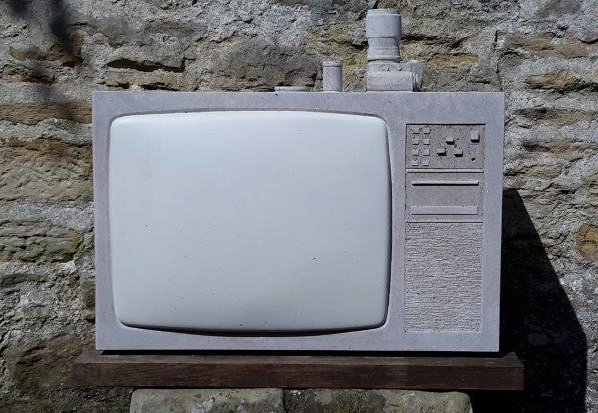 Fred Watson has sited 6 carvings at Cheeseburn in our 2019 programme which follows on from his popular solo show  of carvings in wood at Cheeseburn’s Stables Gallery in spring 2017.

Fred is renowned for the sensitivity, detail and form achieved in his still life carvings which often transform the familiar objects of our everyday life into atmospheric sculptural forms. Fred is based in rural Northumberland and has undertaken a number of commissions and exhibitions as well as his university teaching career which has influenced many sculptors in the region and beyond.

“I find a complicity between Still Life and the practice of carving. Time is the essence of them both. The long, patient, solitary practice of carving reflects the long, silent indifference of the objects. Stone and Wood belong to time. Many of my tools have been used by generations of craftsmen. Carving is a rewarding solitude, which is what impels my work. I carve the most ordinary of objects because the ordinary is rich enough. Familiar objects that can be moved at will become fixed in a timeless matrix.
Still Life is common in painting but not in sculpture. Carving creates a dialogue between form and function and when ordinary objects are rendered in wood or stone they assume a different reality. The sculpture becomes distanced from the objects it represents, which become more remote, secluded and potentially meaningful.”
Fred Watson