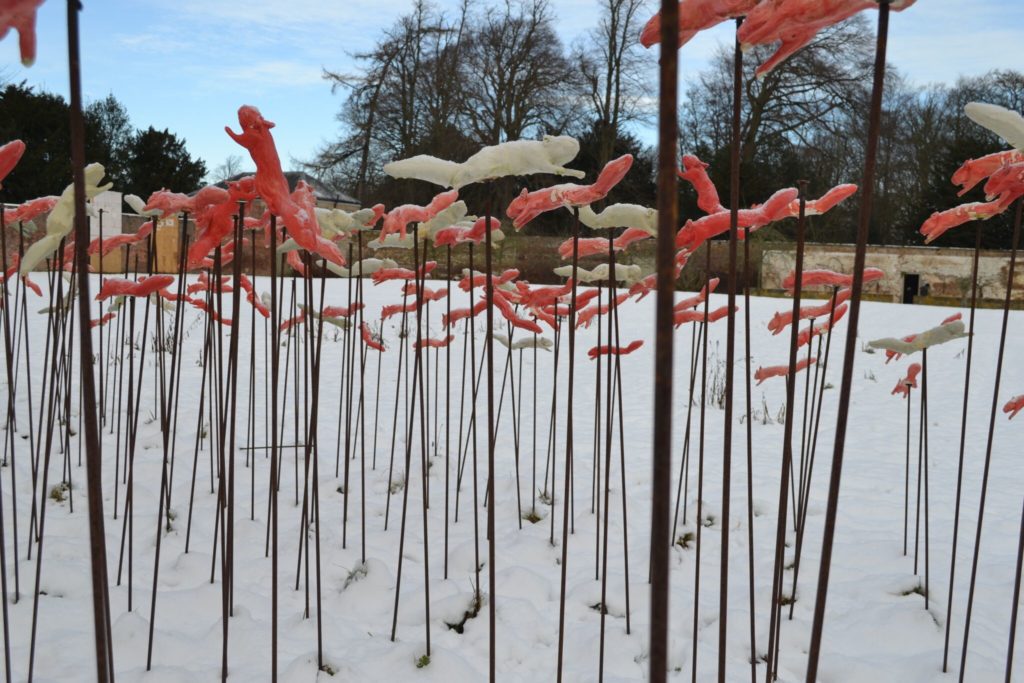 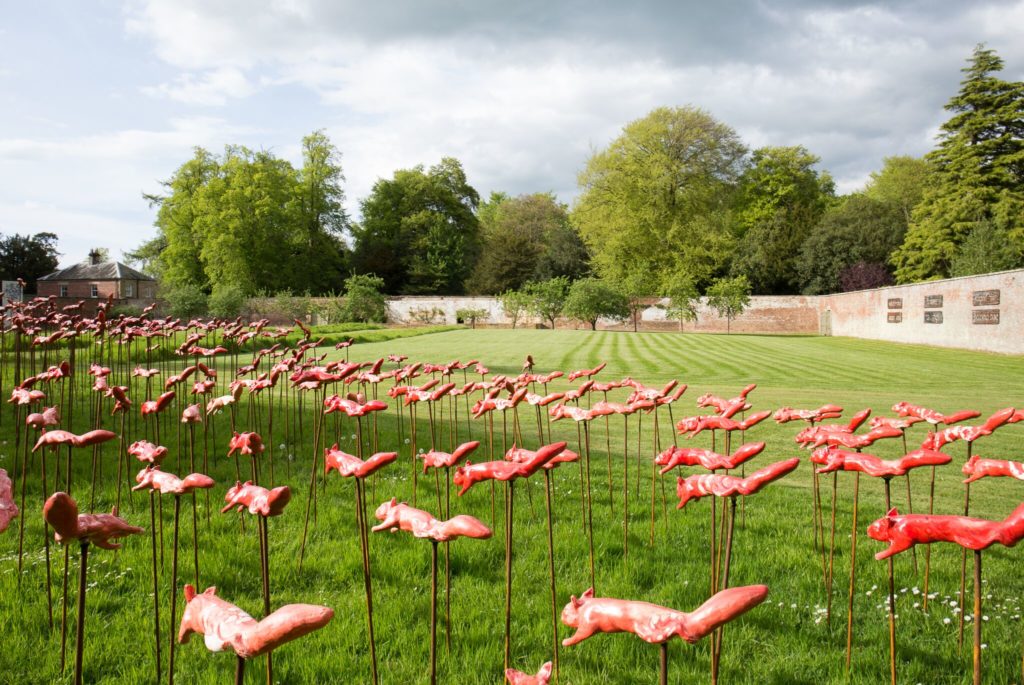 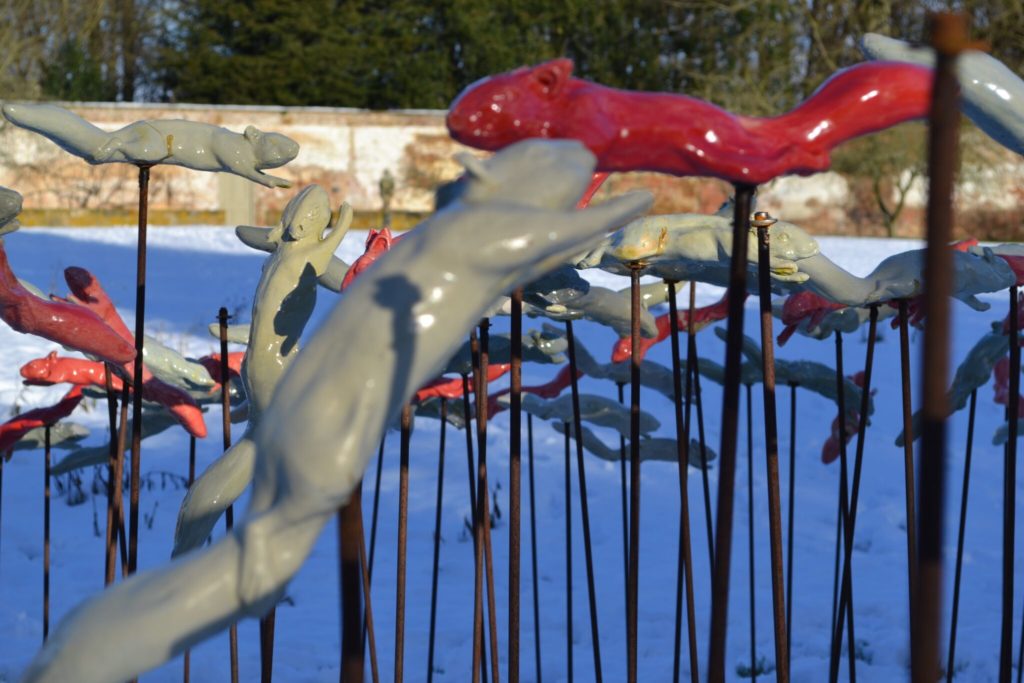 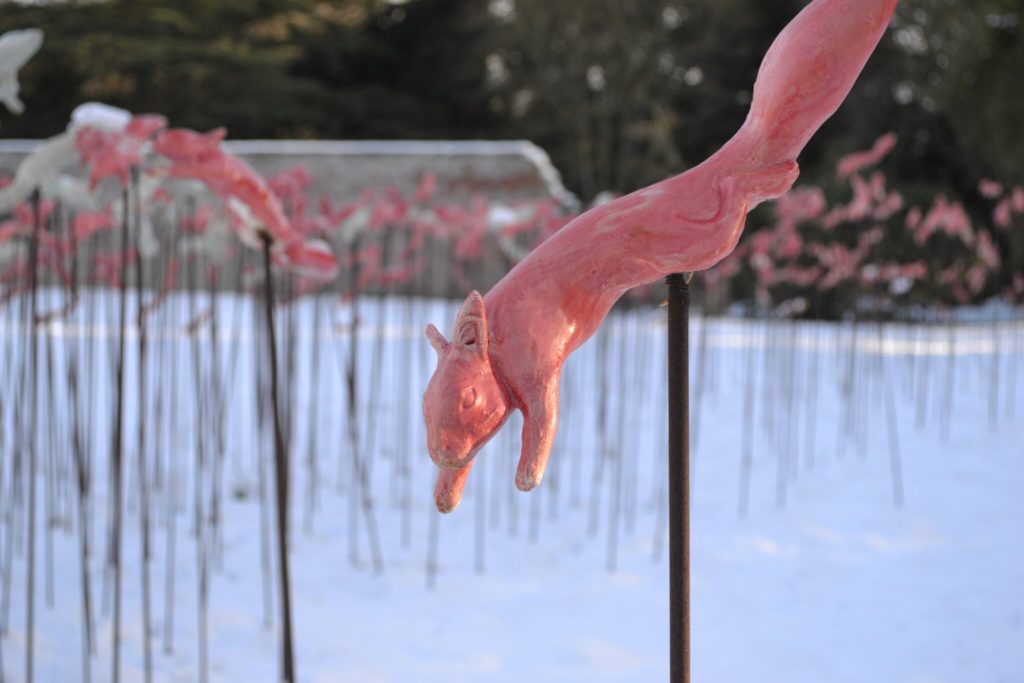 The Sunderland University graduate won the Gillian Dickinson North East Young Sculptor Award in 2016 for his ambitious work Scurry, depicting 2,000 red and grey squirrels. He spent 9 month creating his artwork at the National Glass Centre, firing, glazing and placing the squirrels on mounts by hand. The grey squirrel has been blamed for the decline of the reds not only through competition but by spreading a disease that has proved to be deadly to the reds.

“In my original proposal there were 50 squirrels. To see it now is insane.I don’t think I ever envisaged what even 1,000 squirrels would look like, let alone 2,000.” Dan Gough