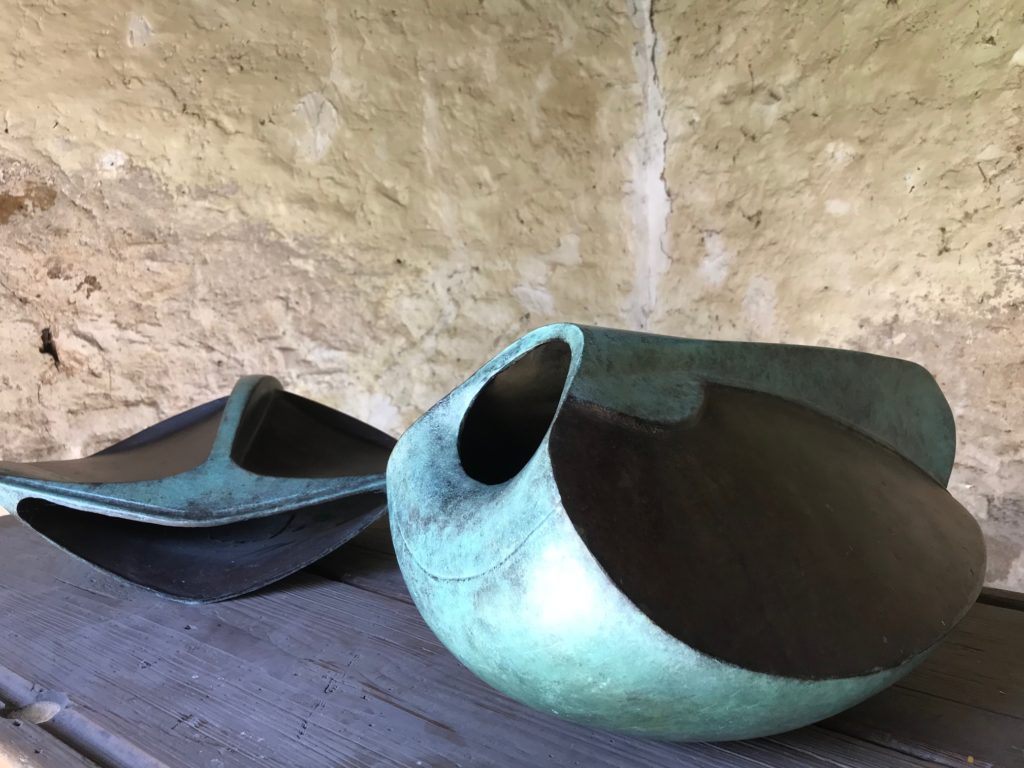 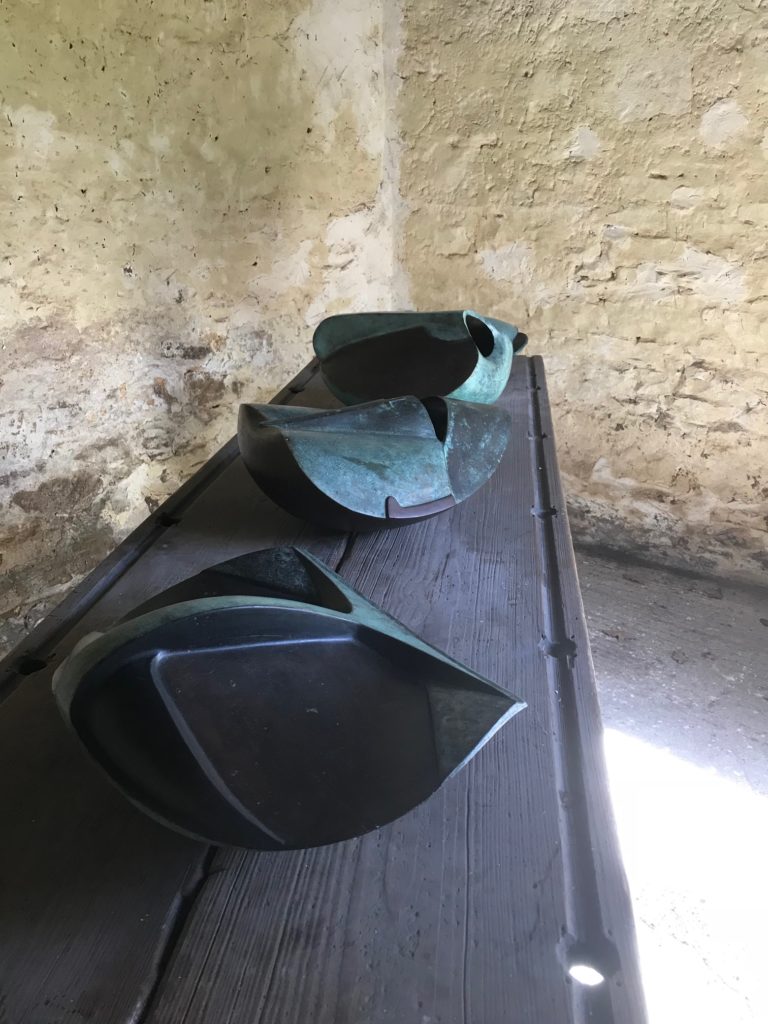 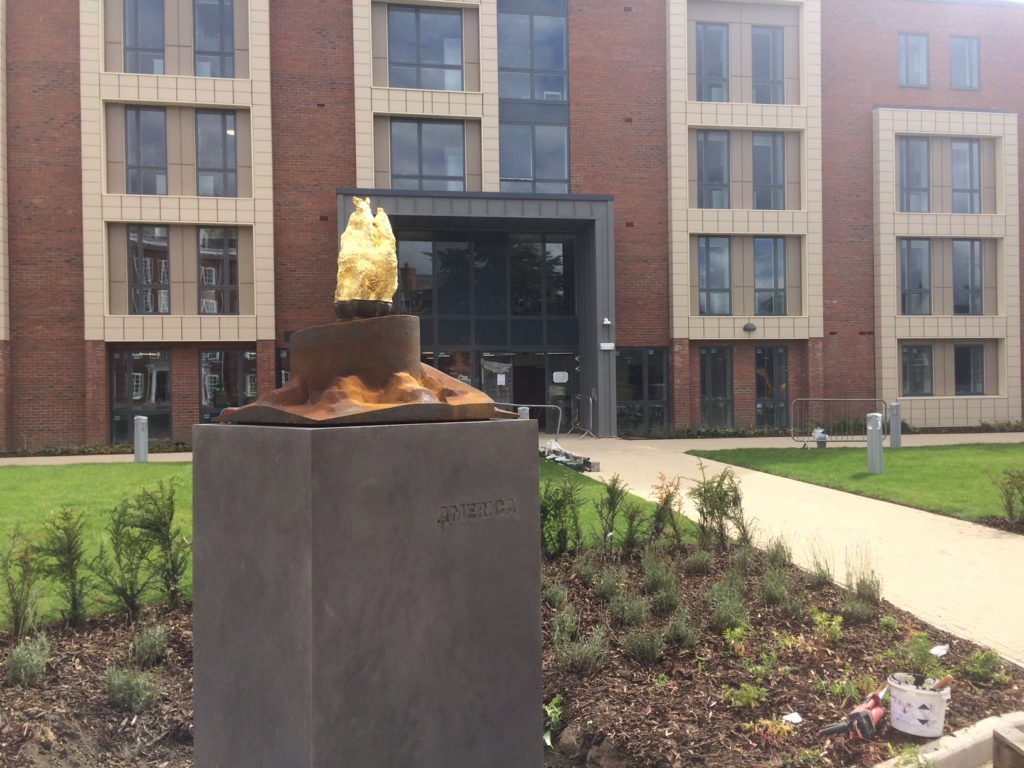 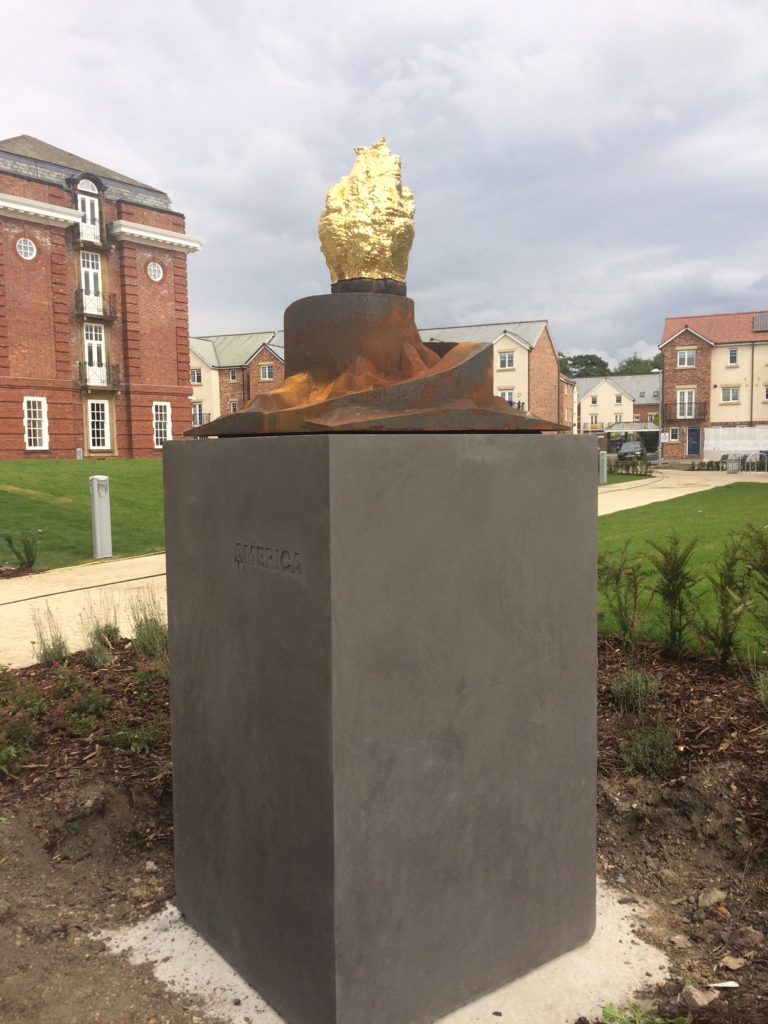 Bruce Gernand is based in Norfolk and recently produced a large cast iron and bronze commission in Durham, part of a series of sculpture commissions for Alumno Group, curated by Matthew Jarratt.

Studying philosophy during the political upheavals of the late 60’s at San Francisco State brought together theory and its manifestation in political action. But my continuing pursuit of a more personal search for meaningful activity led to phenomenology and the study of embodied understanding and experience, and the first steps in making things with a new awareness. The world also speaks through objects (sculptures being a particular kind of object) and the capacity of the conversations of objects to reveal something beyond philosophy and social action was and continues to be something of a radical possibility for me.

I moved, permanently as it turned out, to England to study sculpture, and worked through the formative intersection of American minimalism and the more lyrical sculptural concerns in Britain. I see the activity of sculpture as fundamentally speculative. This connects with my involvement with teaching at Central Saint Martins College of Art and Design where I was a Senior Lecturer and headed the Sculpture Area on the B.A. Fine Art Course (1997-2007), and subsequently became a Senior Research Fellow there. The academic framework exemplifies art’s lively discourses and practices in a social context. It complements my own studio activity, which takes place in a more reflective, rural environment.  Bruce Gernand