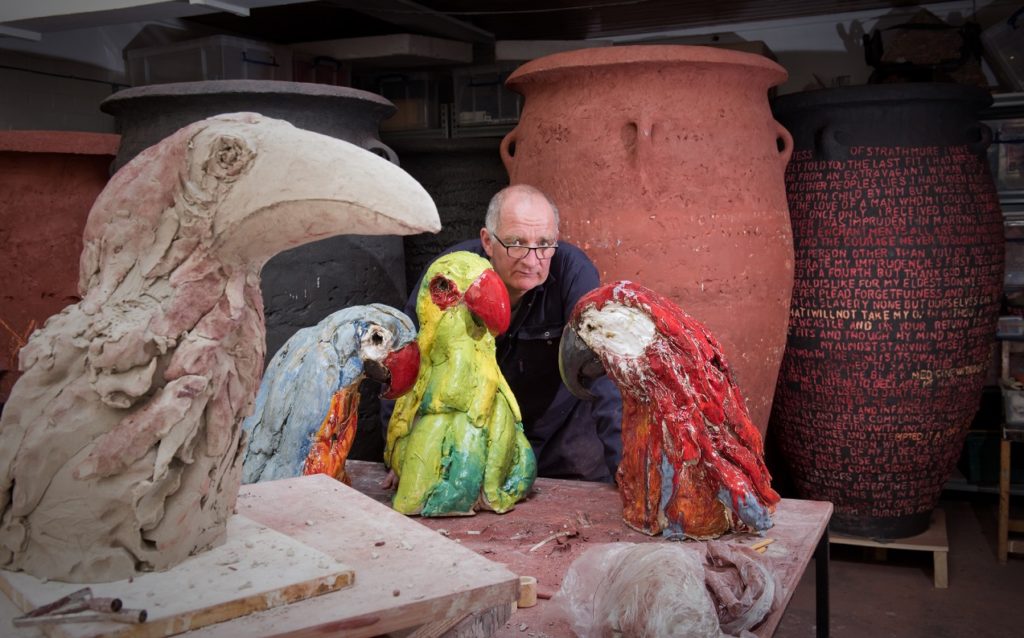 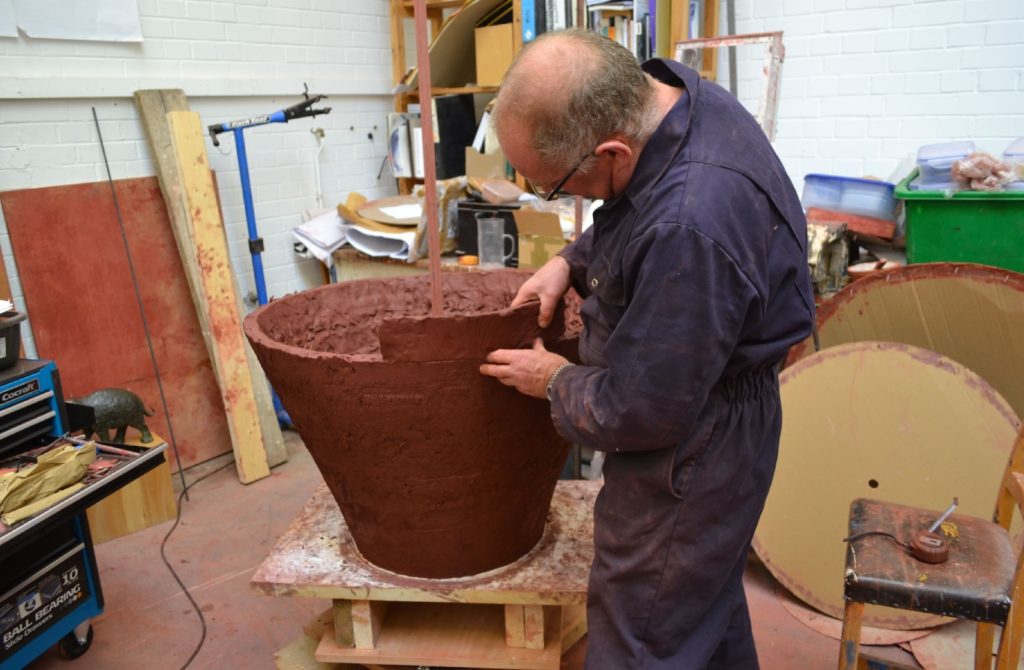 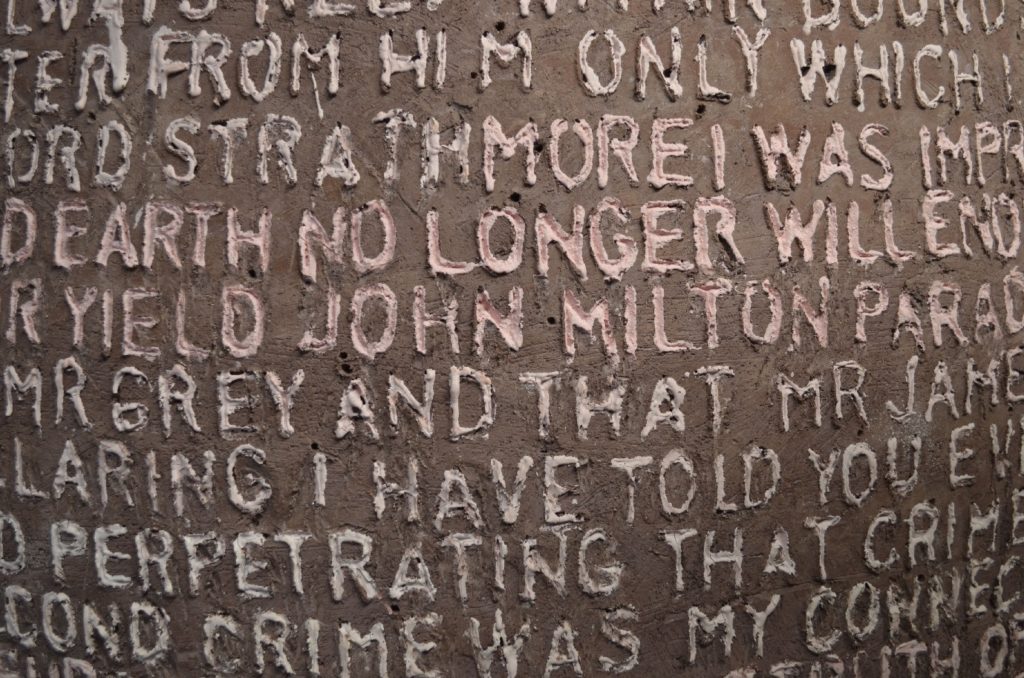 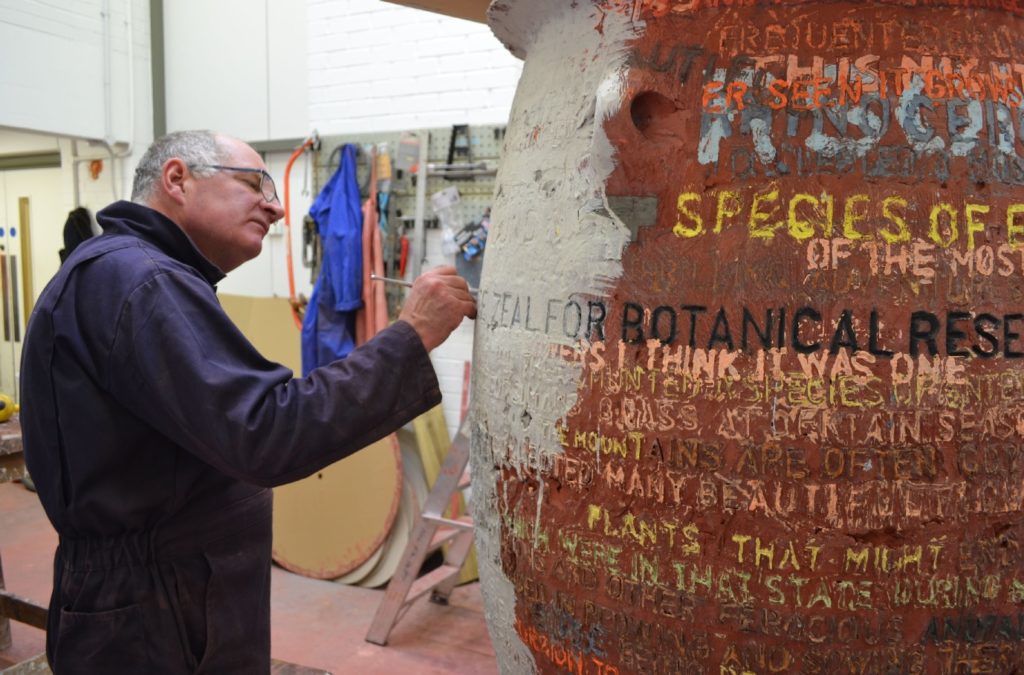 Andrew Burton is an artist whose work situates sculpture and installation in relation to historic sites, landscape and architecture.  His practice is based in an experimental approach to material and process, often combining materials traditionally associated with sculpture such as clay with other materials of a more ephemeral nature. He has worked in Asia and Africa, where collaborative projects, working alongside artisans and traditional craft workers has resulted in work that occupies a territory between art, craft and the production of functional, quotidian objects: the common factor being the centrality of the human hand in the making process. He explores the use of scale – whether through miniaturising or magnifying familiar forms as a means of changing the nature of audiences’ engagement with sculpture.


To accompany Andrew’s huge ceramic vessels on display in the Walled Garden, Andrew will be bringing a group of his gregarious parrots to the Stables Gallery at Cheeseburn. With a centrepiece described by Kirsty Wark as ‘ that extraordinary parrot’ these larger-than-life birds draw upon his travels in Africa and India, but also make a direct reference to the turbulent history of Georgian aristocrats and Gibside in the eighteenth century

Andrew is Professor of Sculpture at Newcastle University. His large scale urns within the Walled Garden at Cheeseburn were originally commissioned in 2018 for the National Trusts Gibside Estate in Gateshead as part of ‘Mapping Contemporary Art in the Heritage Experience’. A research project funded by the Arts and Humanities Research Council (AHRC).